Dealing with Bail Bonds and Being Detained: Are Detention Facilities the Same as Jail? 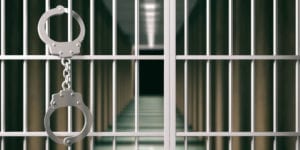 When arrested, most people who are under certain accusations are held in jails. These facilities are made for holding people who have either committed acts that represent misdemeanors, or who are temporarily held locally until they pay their bail.

There are a lot of misconceptions when considering the differences and similarities between jails and so-called detention facilities. These facilities, while serving more or less the same purpose, are not actually like jails. They are primarily used to hold juvenile delinquents and illegal immigrants. In most cases, the process is slightly different at detention facilities, but a good bondsman can still help you out.

Bail bond agents at 24 hour bail bonds Denver shops can help you pay the bail when you’re being held in a regular jail. When held at a detention facility, the bail process will not always be similar to when you’re under arrest. The process will typically differ depending on where you are and what the laws of that particular state are with regards to jail and juvenile delinquency.

In most cases, however, a bail bondsman can assist you or your loved one in going through the process and getting free (at least temporarily), while awaiting your trial or court hearing. This can be a great asset when it comes to your peace of mind and your ability to take care of everything and plan your defense before the trial.