How Is Bail Determined 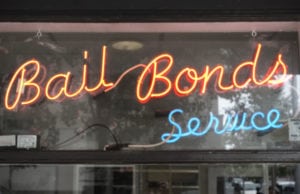 When a person is due to stand trial, the judge may allow that person to be temporarily released from jail in exchange for posting a bail. In general, judges have a schedule of bail amounts depending on the severity of the crime (for instance, the average bail amount for a misdemeanor charge is $500).

However, a judge may decide to lower or increase this standard bail amount, waive it altogether (the person is released on recognizance) or to deny bail.

Key Factors that Influence the Value of the Bail

This is one of the first aspects a judge will take into account when determining the bail amount. If the person has no criminal record, the judge will generally set the lowest possible amount, especially if the charge is for a minor crime. On the contrary, previous charges and jail sentences will determine a significant increase of the bail amount.

The general opinion of the local community plays an important role in determining bail. Persons who are known for causing fights, altercations and generally disturbing the peace and quiet will likely have to pay a larger bail amount than model citizens who never caused anxiety or worry among their neighbors and are looking for cheap bondsman in Denver to bail them out.

The judge will determine the amount of bail considering the way the person earns their money. If their main source of income is an illicit activity (prostitution ring, drug trafficking) the amount of bail set will take into account the flight risk if the accused person holds large undisclosed amounts of money.